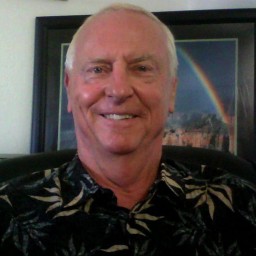 The question of whether money loves speed or not - is there truth to the statement? Or is there just smelly BS hype?

So if you’re a denier that money loves speed, and say that money and speed have no relation to each other - then check this out - no b*llsh*t - why not just wait around for money to fall out of the sky?

You might be in for a very long wait.

If you would like to learn how to get paid sooner than later, visit the post on how solo ads get you buyers stuff fast.  [How Solo Ads provide the best source of traffic.]

Most people have appreciated the business success examples of Elon Musk, Steve Jobs, and Bill Gates. In how they moved forward quickly and got their businesses going.

Also, I’ve had a recent experience while learning the list building business from Igor Kheifets of the List Building Lifestyle.com. Just a few days ago, on a Q&A live webinar, I asked Kheifets - what were his thoughts on? “Money Loves Speed.”

His first response was ``Hoooo”. He really had to think about it for a few seconds. Then he went into a contemplated answer in that (paraphrased) - at first someone needs to learn something new, and then possibly, you don't do it. But then after a time, you come across it again, and still might not implement the knowledge you have picked up.

After a while, you realize that you have done this several times in the past and it worked, and then, you come to the conclusion that it might be a good idea to start doing it on purpose. And quickly.

Kheifets said that speed was the reason he got his list building challenge program up and going, as fast as it did.

He explains that when they launched the list building lifestyle club, they really had nothing and except for maybe the landing page upon launch. That only the front loading page worked. The back end did not work and was not connected.

With all the disconnect, in spite of the hurried deadline, It was a very successful launch. A lot of money rolled in even though very little of it was ready.

And in the end, the List Building Lifestyle club was launched successfully. Sure, there were a lot of problems, but the difficulties were dealt with and solved.

Implementation is usually the key to success in this aspect.

It’s more about how your brain chemistry works. Often the penny drops in relation to - money loves speed - in two ways.

First - create deadlines. Whenever you plan something, it's never going to come out perfect especially in the example of, like, when to have a baby. Never is the timing going to be perfect. It's only going to happen when you set yourself a deadline.

For myself, I had my own business, but there was always getting up, driving and being there for at least 10 hours a day. I wanted to own the business and not for the business to own me.

There's a law called Parkinson's Law which states whatever the time that is allocated to an assignment, that's exactly how much time it will take to complete the darn assignment.

This may mean you take longer than necessary to complete a task, or you procrastinate, put it off until the last minute, and complete the task right before the due date.

I wanted to work out of my home and not be subjected to driving to a business every day. Yes, I wanted to be my own boss and make some money.

So, I made a decision to develop a business that I could operate out of my house and started looking for ways to make it happen. I didn’t set a deadline, which I now believe I should have done, because I know the transfer would have happened sooner.

So in regards to money loves speed - you're better off setting deadlines to be sooner rather than later. The inverse of Parkinson's Law is the idea that work contracts to fit into the time allotted for its completion.

Done is better than perfect

Second - The next part of the money loves speed equation is  - done is better than perfect. In other words, ready or not, implementation speeds toward money.

This second principle brings to mind the story around Elon Musk. He claimed the Tesla truck was “bullet proof” against a 9mm handgun. But, in a demonstration, when he coerced Tesla’s chief designer to throw a metal ball at one of its armored windows, an audible surprise gasp could be heard as the glass smashed — twice. 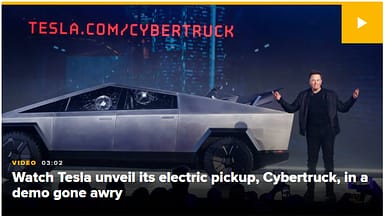 According to CNBC - “Oh my f------ God,” Musk exclaimed when it first happened. “Well, maybe that was a little too hard.”

Then, his Lead Design gave it another shot,  and this time on another window. Again, the ball cracked the glass significantly, as shown below.

https://www.cnbc.com/2019/11/22/tesla-smashes-bulletproof-pickup-trucks-windows-with-a-metal-ball.html <- I don’t like the link, when trying to watch the video, ads come up.

Did this cracked glass stop people from buying Tesla vehicles? No. Getting the cars and trucks out there - without perfection - seems to be working for Musk’s company.

It’s also worked for Jobs and Gates. They are examples of the thinking that it’s 80% mindset and 20% mechanical or implementation.

In a why money loves speed YouTube video, “Why Money Loves Speed - Dan Lok” https://www.youtube.com/watch?v=4lTOq3Gsxxc, Lok explores that too often entrepreneurs get in their own way.

He states that - it's not how much you know about what to do, but actually how much you can do with what you do know. When you have the correct mindset you will find a “how to”.

From Dan Lok, I learned that in order to compete to create more wealth, it's not how much you know, but it's how fast you can implement it.

So, to get on to the speed of money, it might be a good thing to change your thinking in order to change your behavior and results. If I am able to shift my thinking, then the goal would be for me to not procrastinate and start taking massive action!

Quoting Dan Lok - “If you don't change the way you think, all the strategies in the world doesn't mean s***.”
If you would like to learn how to get paid sooner than later, visit the post on how solo ads get you buyers stuff fast.  [additional blog post]

Promote your most important offer here

Affiliate Marketing Training: How Much Do You Want To Earn?

How Solo Ads Provide The Best Form Of Traffic

Sign up now to get a Free Guide on [Your Subject]

Please log in again. The login page will open in a new tab. After logging in you can close it and return to this page.